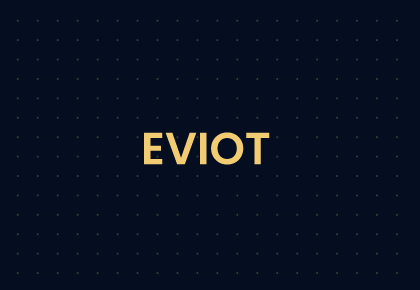 Over the last decade the number of devices connected to the Internet has grown exponentially and applications running on platforms using these devices are constantly evolving as user needs change.
These phenomena impose stringent requirements on network and computing infrastructures to support Internet of Things (IoT) platforms, one of the most important of which is the ability to flexibly adapt to the needs of dissimilar and constantly evolving application scenarios.

Therefore, there is a need for platforms that are “evolutionary-by-design”, which connect objects with cognitive capacity, so that their behavior adapts over time on the basis of the context in which they are located, in interaction with other objects, Internet services, the environment, the network, and the users who use them.
Objects should therefore be able to detect and analyse the state of the outside world (through cooperation with other objects), process the data obtained, and update their knowledge of the context.

Moreover, the platform can be defined as evolutionary thanks to the following features:

Based on these considerations, the project focuses on the definition and development of functionalities for an evolutionary IoT platform, which is able to better adapt to evolving needs and contexts.

In particular, the project will allow the introduction of a set of open and standard APIs (Application Programming Interfaces) to foster interoperability between platforms, together with a set of rules and logic needed to stimulate the development of cognitive objects to support cooperation between systems managed by different administrations.

The development of methodologies to monitor the quality of the experience lived by users, to continuously assess the value perceived by the user and to adapt applications with the aim of increasing their chances of success. The methodologies will be based on the definition of non-invasive but effective metrics for monitoring and at the same time able to guide the evolution of platforms and applications based on perception models.

Abinsula is one of the main Italian players in the field of embedded, web and mobile solutions. It stands out for its ability to create custom software and hardware based on customer needs, for the excellent data management systems to which is connected an excellent use of telemetry, technology used in several sectors, from automotive to energy, for data transmission and monitoring.

This website uses cookies to improve your experience while you navigate through the website. Out of these cookies, the cookies that are categorized as necessary are stored on your browser as they are essential for the working of basic functionalities of the website. We also use third-party cookies that help us analyze and understand how you use this website. These cookies will be stored in your browser only with your consent. You also have the option to opt-out of these cookies. But opting out of some of these cookies may have an effect on your browsing experience.
Necessary Always Enabled
Necessary cookies are absolutely essential for the website to function properly. This category only includes cookies that ensures basic functionalities and security features of the website. These cookies do not store any personal information.
Non-necessary
Any cookies that may not be particularly necessary for the website to function and is used specifically to collect user personal data via analytics, ads, other embedded contents are termed as non-necessary cookies. It is mandatory to procure user consent prior to running these cookies on your website.
SAVE & ACCEPT